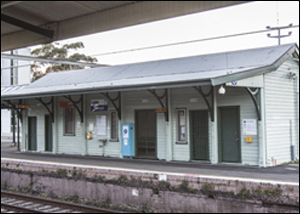 In June 2013, the Heritage Council of NSW posted a public notice in the waiting room of Thirroul Railway station. The notice stated that RailCorp (now Sydney Trains) proposed to demolish the 1887 timber waiting room (originally known as “The Waiting Shed”) on the central or eastern platform of Thirroul Station.

The Heritage Council was required to published this notice under the requirements of the Heritage Act 1977 because this building was the oldest of the three railway buildings that were heritage listed as part of the Thirroul Railway Station Precinct. There was no mention of what would replace the existing structure. It was stated that further information on the proposal could be sought from a government office in Parramatta or WCC library.

Viewing of the Proposal at WCC library revealed that Railcorp considered that the building was structurally unsafe. This was due to termite damage and a visible lean in the building’s uprights. The replacement was to be an open steel and glass canopy with minimal protection from wind and rain as shown here. 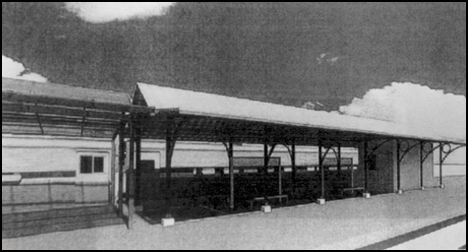 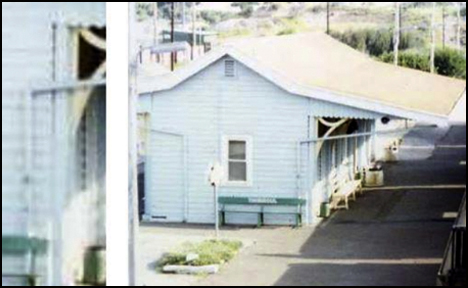 The executive of the TVC met and decided to form a committee dedicated to saving the building. Various residents, the Thirroul Labour party, trade union representatives, Andrew Conacher, Heritage Architect and members of the NSW Heritage Trust offered to help. Within two weeks, over sixty formal submissions objecting to this demolition were sent to the Heritage Council of NSW. Please see TVC1629final.pdf below for a complete copy of the TVC submission.

The TVC campaign included gaining expert opinion on the heritage value of the building, the degree of termite damage and costs of repair, restoration and ongoing maintenance. The committee established direct links with Officers of the Heritage Council and arranged for a TVC representative to present a case for saving the building to the next meeting of the Heritage Council.

Part of the campaign involved a meeting with local M.P., Lee Evans in mid-October. Representatives presented Mr Evans with extensive expert advice on the significance of the building and estimated costs of its repair and restoration.  Mr Evans told the meeting that he didn't know the exact cost of replacing the waiting shed but felt it would be at least a million dollars. He suggested that as long as a local builder's quote for repair and restoration was reasonable, he would help save the building.

In November 2013, the TVC received written advice from the Heritage Council of NSW that “In the knowledge that Heritage Division recommended refusal of the application to the NSW Heritage Council, RailCorp (now Sydney Trains) have withdrawn their application for the demolition of the platform 2/3 building.”