The meeting was called by Paul Nichols to put forward to the TVC and NIRAG the latest version of the plans for the subdivision of Lot 101 Amy Street Thirroul, being two sections, the first being 323 sm section of land at the southern end of Amy Street Thirroul (Amy section) and the second being two lots, lot 301 and 302 located east of Panmills Drive Bulli (Panmill Section).

Paul gave Murray and Ross A3 sized copies of the plans (photos of which are attached and available from Murray) and explained in detail the contents of the plans, starting with the Panmill Section, explaining three options.

1) The plans as currently submitted to Council which involve demolition and rebuilding of the current cycling/pedestrian path infrastructure and the building of a steep access driveway which would be taken as an extension of Wilkies Street to access lots 301 and 302.

2) Alternate option one being retention of the cycling infrastructure and building of road access to lots 301 and 302 from the northern side of 37 Panmills Drive as shown here. 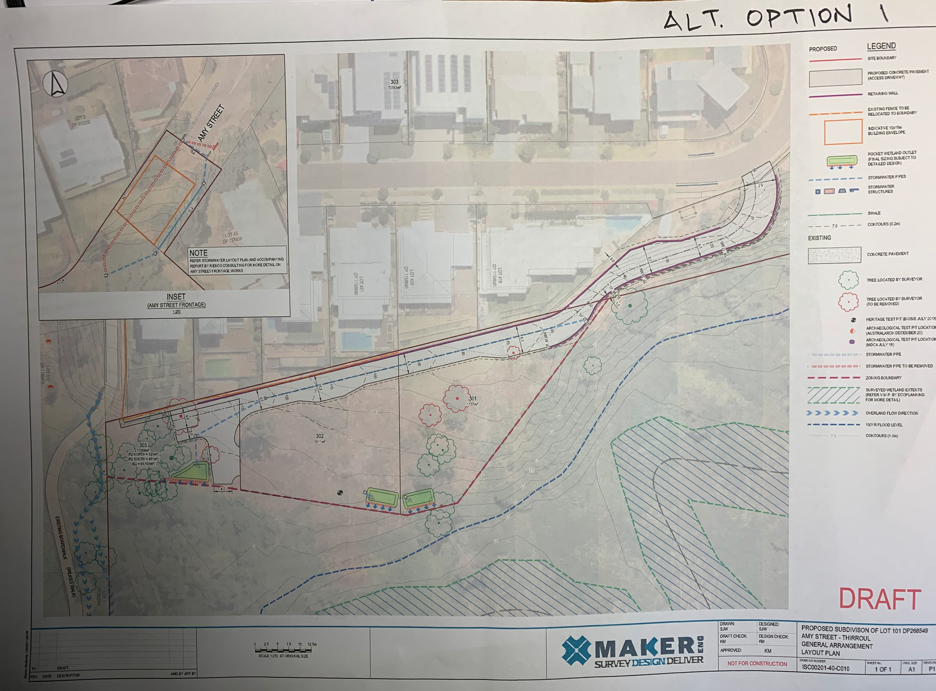 3) Alternate option two being the plans as currently submitted to Council with the cycle path running up a more gentle angle and connecting to Panmill drive on the northern side of 37 Panmill Drive as shown here. 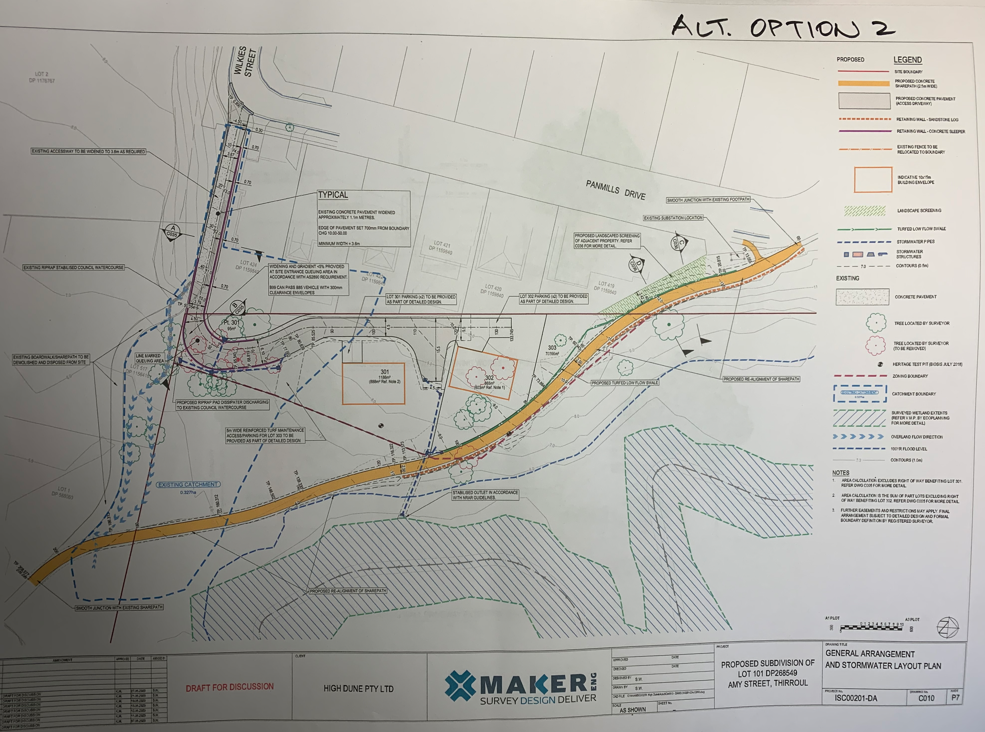 After considerable explanation and discussions on these three options, consensus was reached on a referred fourth option.  This is a combination of alternate options one and two, i.e. retaininig the existing cycle access in line with Wilkies Street and adding both the road and cycle access in parallel and joining Panmills Drive to the north of 37 Panmills Drive.  This can be best pictured as the combination of the two images above. The group agreed that this would be the best logical option.

Paul claimed that a designer has developed plans for a suitable home on the 323 sm section of land.  Paul stated that the current cycle right of way through this section connecting Amy Street to Corbett Avenue could be functionally replaced by improving the current pedestrian access from Amy Street to Woodland Avenue.  Paul suggested that excavation of this path down to road level to make it suitable for cyclists would be part of his planned development process for Lot 101.  How this would fit into the planning process was not explained in detail.   Murray repeated the TVC's concern that Amy Street was the last currently available secondary access road into Thirroul.

The long term future of the remaining land of Lot 101 being purchased as an addition to the Sandon Point Aboriginal reserve or national Parks is still no closer to being settled.