Introduction and welcome to meeting by the TVC President, Paul Tuckerman. The President asked that the minutes of the previous meeting be separated into AGM and GM and moved that the AGM Minutes from 8 July 2018 be received by the meeting but not endorsed. This will occur at the next AGM.  Moved – Martin Gorrick; Seconded – Judy Bourke.

As there were several new attendees, Paul gave an overview of TVC activities, including graffiti control, gardening and development control activities. Paul explained that we only oppose developments that do not comply with or were against the aspirations of local and state government planning legislation.

Murray reported that:
Murray reported that the idea of the footbridge across the railway connecting King Street with Lookout Street was not included in the traffic letter because previous correspondence had categorised it as impractical. A search of previous TVC correspondence revealed that this option was dismissed by the Minister for Transport on safety ground in 2009.  The required span is very long and bridges that required staunchions between sets of tracks have not been built since the Granville disaster.

Paul spoke of our over dependence of cars.  He mentioned that ad-hoc traffic analysis revealed that the majority of cars in the Northern Illawarra only contain a single driver. Tony suggested that we promote the use of bikes, even electric bikes.

Tony announced that the next Graffiti Control Committee meeting will be held at Jose Jones, 10am on Saturday 16th November.

Tony also raised the issue of the pending “High Dunes” development application in Bulli. This DA is for 8 low rise apartments to be built in the area marked in light blue. The DA has not been submitted at this stage.  The developer, Paul Nichols had previously met with the Northern Illawarra Residents Action Group (NIRAG) seeking advice on this development.  Murray, Ross Dearden and Tony, as NIRAG members reviewed the development.  We were in unison in our objection to the suggested red access. The Blue path has many benefits.  This is also Paul Nichols preferred option. The reasoning behind the elimination of the blue option appeared to be due to the complexities of bureaucracy.

When WCC place the DA on exhibition, the Secretary will seek comment from those across the complexities of this DA and advise members. NIRAG have indicated that they will object to the Red path when the actual DA is put on public comment

Judy raised the issue of the Austinmer Pool Dressing Sheds not having suitable toilet facilities. Judy claimed that they do not meet the standards required for disabled toilets.

Presentation on the experience of using professionals in town planning

Martin Gorrick recounted the history of residents adjacent to a development planned for 44 Balfour Road Austinmer.  Residents found numerous contentious issues with this development.  Five of the Residents could not make the WLPP hearing held at 5pm on a Wednesday night. They decided to enlist the services of a legal firm that specialised in town planning.

The Legal firm organised a conference with some of the neighbours and a site inspection.  With five days to go before the WLPP hearing, the lawyers reviewed all relevant documents and then prepared a written submission.  They then spoke at the WLPP hearing.  As they represented five residents, the WLPP allowed them 15 minutes of speaking time.  Martin felt that the outcome was that the residents’ viewpoint was clearly presented and the key take away was that all developments need to fit with the vision for the area and with the character of the street. However, the WLPP chose not to determine the DA – and instead delegated back to Council the task of deciding whether the DA should be allowed; or disallowed.

Martin also suggested that there could be utility in retaining relevant experts (e.g. planning lawyers/town planners/traffic control/geo-technicians) at the Exhibition Stage of a controversial DA – on the basis that they author a submission on behalf of a resident; or that they inform a resident submitter of relevant matters so that the submitter can use that advice in his/her own submission.

Lastly, Martin spoke about key practical considerations involved in retaining experts – including negotiating the terms of the retainer; negotiating cost; working out what contributions will be made by residents (if more than one involved in retainer); and having a system in place for the dissemination of information and instructions between the expert and the residents.

The next meeting will be the 24th November. 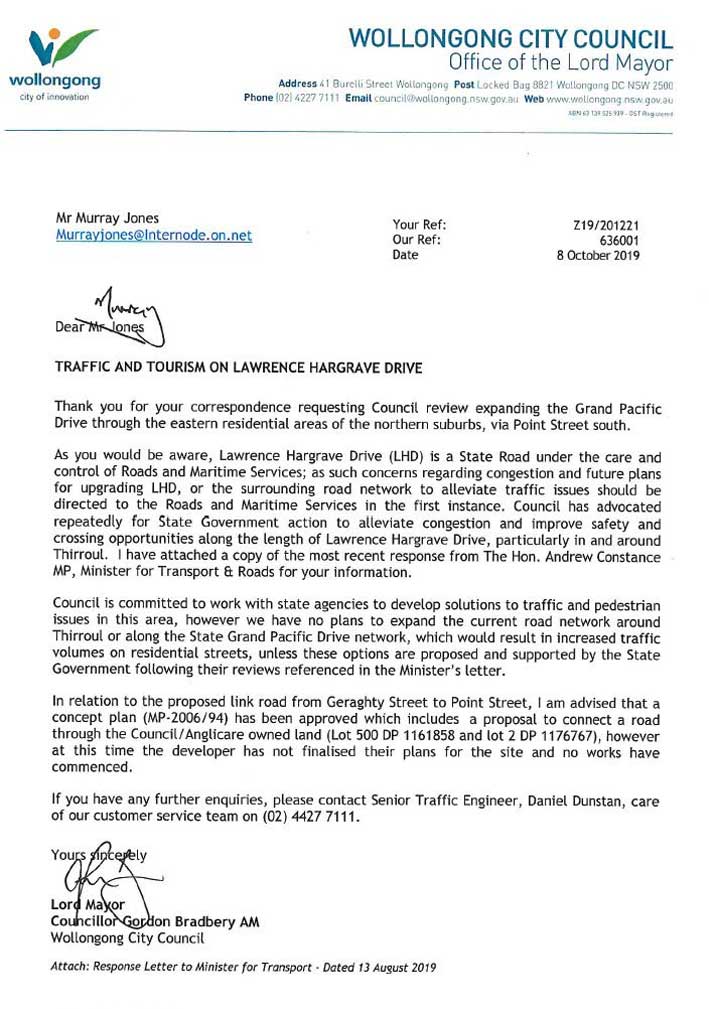 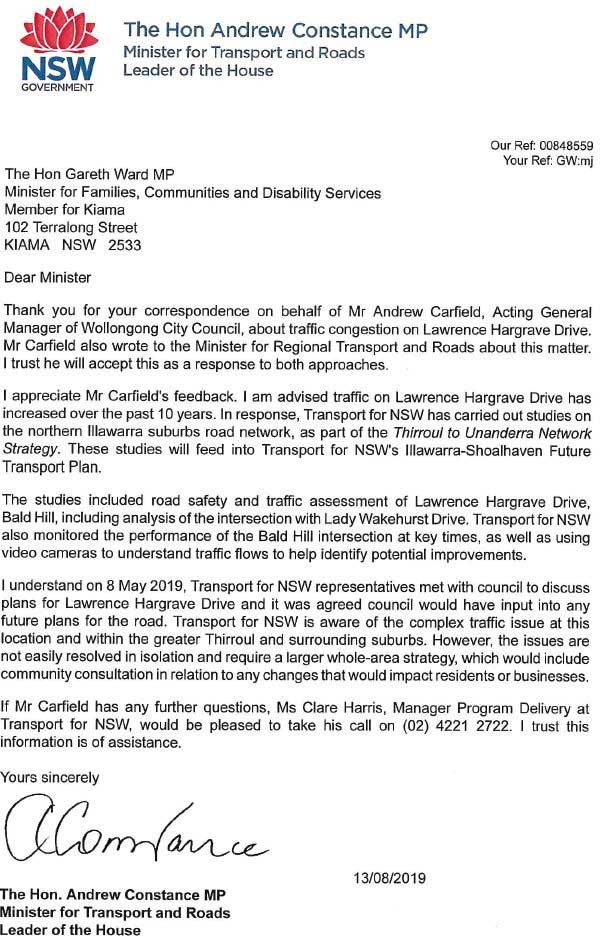