The General Meeting commenced at 4.03 pm. The minutes of the previous meeting on the 18th of February were accepted as read.

Progress on Austinmer pool further delayed by faulty measurements in prefabricated wall. The completion date could be months away.

The convenor of Neighbourhood Forum Three has offered to resign once a suitable replacement is found.

Email from the Local Federal Minister offering grants of up to $15,000 to any suitable organisation involved in preserving cultural heritage collections of national significance.

Email from Kerry Stratton asking for clarification of the rumour that the TVC favoured re- opening the Phillip Street link road to Buttenshaw Drive. The Sectretary responded with the results of the only previous discussions of this matter from TVC's records. This was found in a TVC submission to the right Honourable David Campbell Minister for the Illawarra on 2005 as requested at the time and as currently displayed on the TVC website. The submission related to emergency access in light of possible blockages on the Overhead Bridge and bottom of Bulli Pass. That submission raised significant issues with the Phillip Street link road to Buttenshaw Drive and recommended the best option lay east of the railway line. The Secretary then indicated that he would put a proposal on the matter during General Business.

The Treasurer reported holdings of $11.70 in cash and $3,765.00 in the bank. The Treasurer then gained support from the meeting to move the TVC account from the Commonwealth Bank to the IMB.

Peter Spencer reported on TVCs involvement in the Seaside and Arts Festival. The Gazebo, flags and other supporting equipment from last year was re-used. The weather was perfect and our participation in the festival went without a hitch. The display stand was manned from 9am to 4pm. There were three shifts with at least two volunteers always in attendance. Business was slow for the first hour, but volunteers were kept busy with the public for the majority of the rest of the day. A wide range of issues were canvassed. One attendee expressed concern about the build up of weeds in the creeks which could lead to local flooding.

The photo display easels were found to be unstable in windy conditions and this year they were replaced by four display boards tied to the gazebo uprights. These had room for 12 A4 photos.

This display method worked well, with the photos attracting interest. This provided a direct path to introduction, further conversation and opportunity to give out promotional material in the form of a small handout containing a brief story and contact details suitable for storage via a fridge magnet.

Peter raised the possibility of improving email communications by using MailChip, a free Cloud based email distribution system. Murray mentioned that an alternate email system needs to be found as his personal emails are often treated as spam. Security concerns were raised. Murray, Peter, Ray and Martin offered to investigate further and report back at the next meeting.

Update on Christmas lights for Thirroul

Ray reported on slow progress. The main difficulty is ascertaining the cost of replacement of existing lights that may have failed due to several years of exposure to the weather. Murray stated that he had raised the issue of support with PRS partners without response.

Discussion on throughput of 9,000 tonnes of WestConnex rock per day

State Government recently reached an agreement with BHP to dump 9,000 tonnes of rock per day excavated from the WestConnex expressway development in outer Sydney on BHP land near Port Kembla Harbour. This will involve three train loads per day or six movements of dusty trains through Thirroul.

This was discussed. In light of the fact that residents had observed a corresponding reduction in coal trains probably due to a reduction in coal exports, it was agreed that there was probably no additional load on the train line and little we could do unless dust was observed as a significant problem.

Call for meeting of the Graffiti Control Committee

Graffiti Control was discussed. There was reference to various existing efforts. Council has dropped its Graffiti Control hot line, handling responsibility back to the general switchboard. There is considerable effort being applied but the issue is being attended to in a rather add hoc fashion. A meeting of the committee was called for in the near future.

The proposal that "The long term solution to Thirroul’s traffic congestion and alternate access through to Bulli is best met by linking roads east of the Railway" was agreed to after discussions. 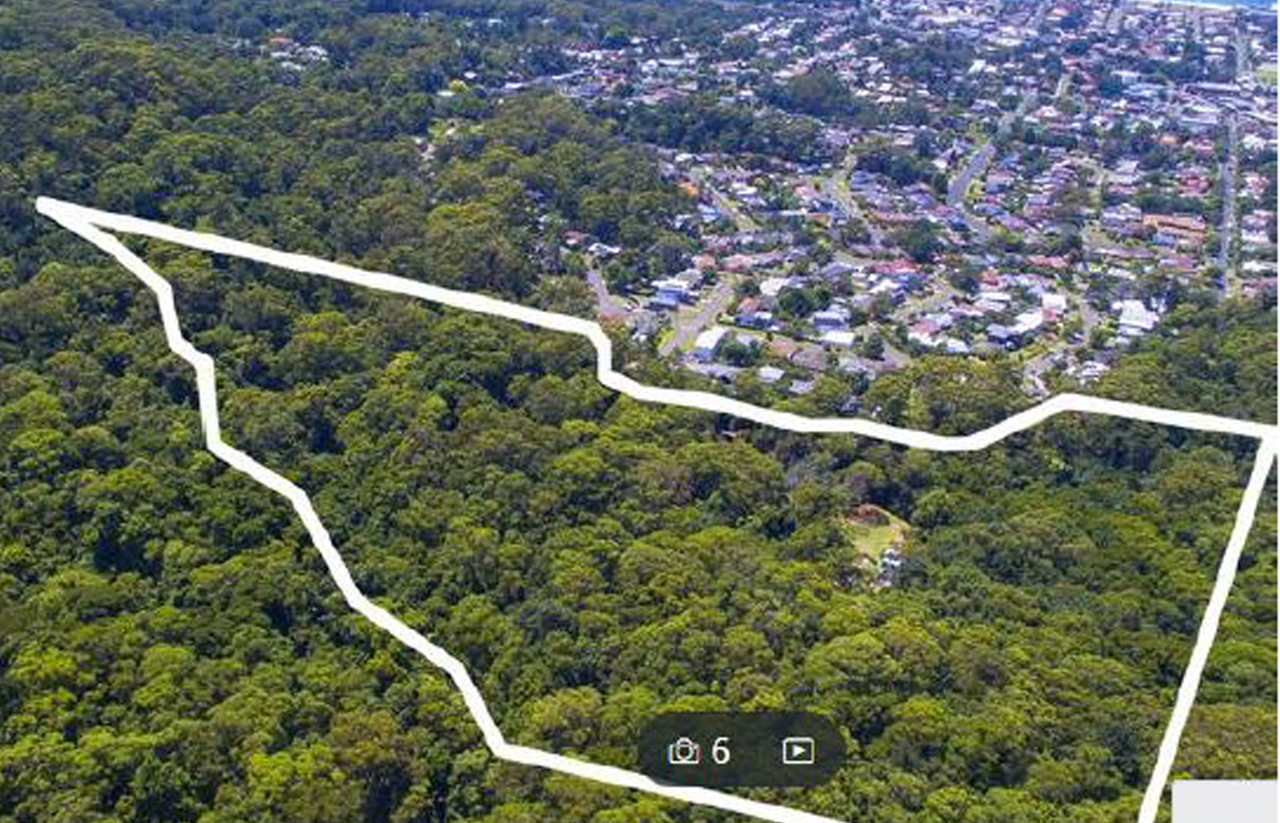 The sale of 53 Robinsville Crescent for $1.35m as shown here was raised. It was agreed that if approval for rezoning for a subdivision is sought, then existing adjoining parklands should be protected by road and buffer zone on boundary and WCC act to ensure that any application for development is appropriate and sensitive to the wider environment.

After further discussions on alternate dates, the next two meetings for 2018 were confirmed as scheduled for 8 July 4pm (AGM) and 16 September.

The meeting closed at 5.23pm